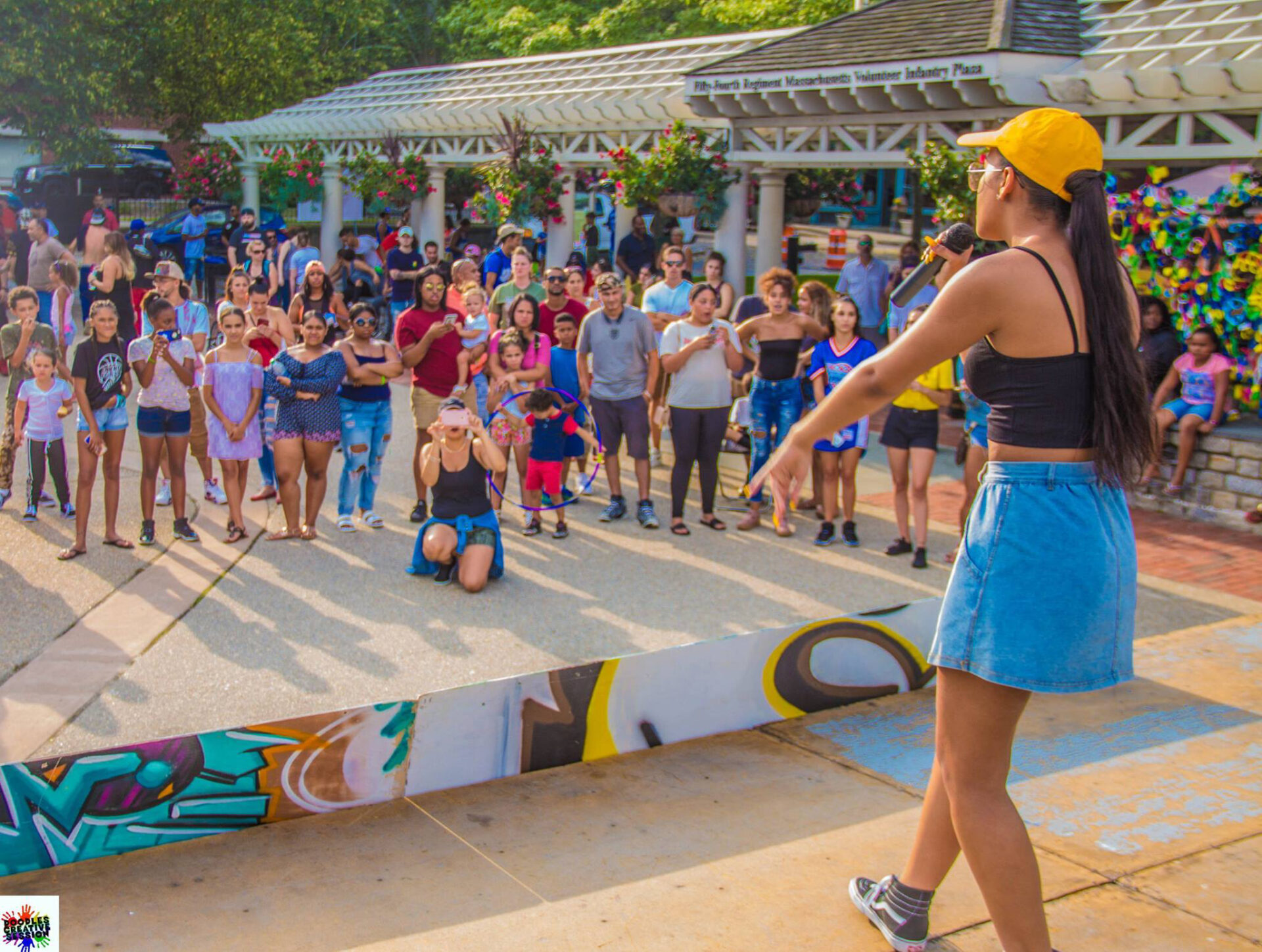 Poised to reorganize and rebuild through capacity building

Being the president of a small nonprofit made up entirely of volunteers can sometimes be daunting. Moving the organization forward, securing program funding, and ensuring day-to-day operations run smoothly rests on their shoulders. That’s why Keri Cox found participating in the Building Blocks Cohort, a program of our Creative SouthCoast Initiative, rewarding and critical for the continued success of her organization, 3rd EyE Unlimited.

As its president, Keri has represented the organization in the cohort for the last three years and engaged in the breadth of financial support, community building, mentoring, and resources we made available to help strengthen her skillset and, ultimately, the infrastructure of 3rd EyE.

Last year was a turning point for the organization. Known for its youth empowerment programming through hip-hop, the team knew that it had to make some changes to survive the pandemic. A new strategic plan was developed to keep the nonprofit sustainable. Cox knew that to help bring the organization to the next level and make their new strategy actionable, she needed to dedicate her time to the plan instead of the day-to-day operations. She also needed some coaching since the process was new territory.

The tight-knit 3rd Eye team was able to support Keri and take on many of her responsibilities and the Community Foundation matched Keri up with strategist and consultant Jay Vogt. Through Jay’s organized and thoughtful mentoring approach, Keri moved forward with their new strategy, developed action plans, and funded several new project hires enabling core team members to focus on priorities instead of being spread too thin. Today, thanks to her team, Keri’s hard work, and Jay’s guidance they are poised to reorganize, rebuild, and invest in their operation, allowing them to stay relevant to the New Bedford youth they serve, the very heart of the organization.

“Jay has been my nonprofit therapist,” remarked Keri. “We wouldn’t have been able to move the organization forward without his guidance and the unwavering support of the Community Foundation.”